Mobile DJ / disco based in Camborne 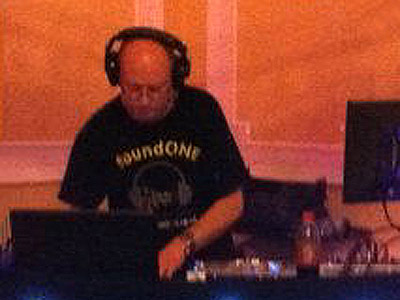 Andy Tugby is available to hire via SoundONE Disco Sound and Lighting - a needadisco.com member - based in Camborne.

Hip Hop dominated popular music in the early 2000s with artists such as Eminem, OutKast, Black Eyed Peas, 50 Cent, Kanye West, Jay-Z and many others coming to the fore.

Garage music was also popular thanks to the emergence of social media platforms such as MySpace and this style veered into the mainstream when bands such as Franz Ferdinand, The Killers and The Bravery became popular.

Pop singers such as Britney Spears and Christina Aguilera and bands such as Backstreet Boys also dominated the charts.

The 2010s saw a big shift in the style of vocals associated with pop music, with lower range artists such as Beyonce, Katy Perry, Taylor Swift, Lady Gaga and Rihanna outselling the popular artists of the late 2000s. Again Hip Hop and electronic dance music were dominant thanks to DJs and artists such as David Guetta, Swedish House Mafia, Clean Bandit, Aviici and Calvin Harris.

Adult contemporary music was big in this decade, with artists such as Adele, Bruno Mars, Ed Sheeran, Kelly Clarkson and CeeLo Green all incorporating soul, pop rock and folk into their music.

We asked Andy Tugby to provide some Fun Facts about themselves. Unfortunately, we're still waiting ... sorry about that!

The following mobile disco companies are available for weddings, parties and events in the TR14 area where Andy Tugby is based. Click the markers for more details!

Andy Tugby can be hired through SoundONE Disco Sound and Lighting - here's all the various contact methods we have for them...

Andy Tugby is based in Camborne