Mobile DJ / disco based in Stonehouse 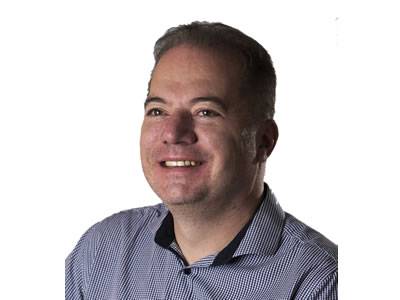 DJMatt is available to hire via LimeLightSoundz - a needadisco.com member - based in Stonehouse.

Electronic music employs mainly electronic or digital instrumentation to form the predominant sound of a band or artist. Popular since the introduction of affordable semiconductors in the 1970s onwards, pioneers included Kraftwerk and Can, before the technology went mainstream leading to the creation of post-punk and new romantic bands a-plenty in the late 70s and early 80s. Nowadays virtually every band has some electronic aspect to their musical output.

The 1980s saw the rise of MTV and music videos. Michael Jackson and Madonna were the most powerful musicians during this time. Their videos became a permanent fixture on MTV and gained a worldwide mass audience. Michael Jackson's Thriller album from 1982 is the best-selling album of all time.

In the second half of the 1980s teen pop became popular with bands and artists like New Kids on the Block, Debbie Gibson, Tiffany, Tommy Page, New Edition, Stacey Q, The Bangles, Madonna, Olivia Newton-John and others.

Add with the beginnings of hip hop with Run D.M.C., Beastie Boys, NWA, LL Cool J, Public Enemy, Eric B. & Rakim, Big Daddy Kane, Boogie Down Productions, and Ice T, among others and the 80's truly had something for everybody.

A genre of popular music that is specifically composed to facilitate energetic dancing, with Trance being somewhat slower and more staccato in arrangement with various peaks and drops.

Hip Hop dominated popular music in the early 2000s with artists such as Eminem, OutKast, Black Eyed Peas, 50 Cent, Kanye West, Jay-Z and many others coming to the fore.

Garage music was also popular thanks to the emergence of social media platforms such as MySpace and this style veered into the mainstream when bands such as Franz Ferdinand, The Killers and The Bravery became popular.

Pop singers such as Britney Spears and Christina Aguilera and bands such as Backstreet Boys also dominated the charts.

The 2010s saw a big shift in the style of vocals associated with pop music, with lower range artists such as Beyonce, Katy Perry, Taylor Swift, Lady Gaga and Rihanna outselling the popular artists of the late 2000s. Again Hip Hop and electronic dance music were dominant thanks to DJs and artists such as David Guetta, Swedish House Mafia, Clean Bandit, Aviici and Calvin Harris.

Adult contemporary music was big in this decade, with artists such as Adele, Bruno Mars, Ed Sheeran, Kelly Clarkson and CeeLo Green all incorporating soul, pop rock and folk into their music.

We asked DJMatt to provide some Fun Facts about themselves - here's a random selection!

Who is your favourite commercial DJ?
Carl Cox

What is the best part of DJing?
Watching the crowd react to your mixes

What is your favourite brand of speakers?
EV

Which artist or band would you put into Room 101?
Black Lace

If you could only choose one, which would be your favourite kind of event?
Wedding

Where was your first gig?
White Hart Pub - Gloucester

Which song would you put into Room 101?
Agadoo

What was the very first record you ever bought?
Rocket - Herbie Hancock

What is your absolute favourite genre of music?
Dance Music

The following mobile disco companies are available for weddings, parties and events in the GL10 area where DJMatt is based. Click the markers for more details!

DJMatt can be hired through LimeLightSoundz - here's all the various contact methods we have for them...

DJMatt is based in Stonehouse