Mobile DJ / disco based in Scunthorpe

"Has been a DJ for 25 years working at home^ the USA and Italy. Great entertainer." 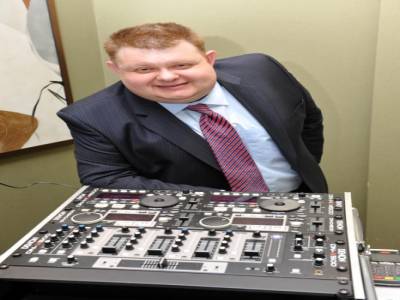 Marco Bolli is available to hire via Groove Disco Ltd - a needadisco.com member - based in Scunthorpe.

In the late 1950s beat groups began to emerge in Liverpool, Manchester, Birmingham and London. This was particularly true in Liverpool, where there were around 350 different bands, often playing ballrooms, concert halls and clubs. Following the Beatles success other Liverpool performers were able to follow them into the charts, including Gerry & The Pacemakers, The Searchers, and Cilla Black.

Among the most successful beat acts from Birmingham were The Spencer Davis Group and The Moody Blues and from London The Dave Clark Five the Rolling Stones and The Yardbirds and from Manchester, Freddie and the Dreamers and Herman's Hermits and the Hollies. The beat movement provided most of the bands responsible for the British invasion of the American pop charts in the period after 1964, and furnished the model for many important developments in pop and rock music.

British bands were very popular in the USA after the success of the Beatles. "I Want to Hold Your Hand" in 1964 During the next few years Peter and Gordon, The Animals, Manfred Mann, Petula Clark, Freddie and the Dreamers, Wayne Fontana and the Mindbenders, Herman's Hermits, The Rolling Stones,The Troggs, Donovan, The Kinks and The Dave Clark Five would also have hits in America as well as at home in the UK.

The 1970's was a rich and varied time for music with artists such as The Rolling Stones, Bruce Springsteen, Fleetwood Mac,The Carpenters, Elton John, The Eagles, America, Chicago, The Doobie Brothers, Paul McCartney and Wings, Bread and Steely Dan.

The mid-1970s saw the rise of disco music with bands like the Bee Gees, ABBA, Village People, Boney M, Donna Summer, KC and the Sunshine Band.

The mid-'70s saw the rise of punk music, major acts include the Ramones, Stranglers, Blondie, The Sex Pistols and The Clash.

We asked Marco Bolli to provide some Fun Facts about themselves. Unfortunately, we're still waiting ... sorry about that!

The following mobile disco companies are available for weddings, parties and events in the DN16 area where Marco Bolli is based. Click the markers for more details!


Groove Disco Ltd have not renewed their listing, so at this time we are unable to share contact details